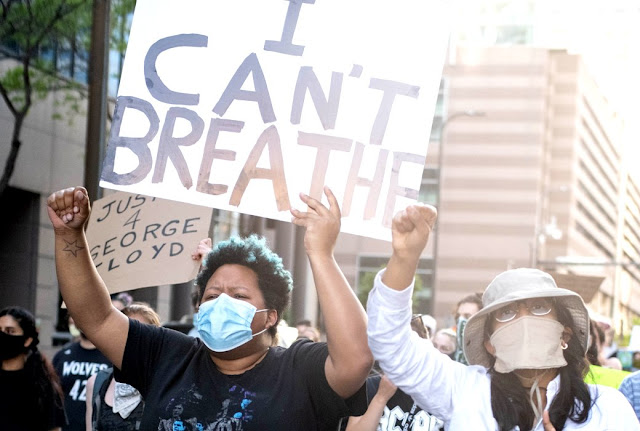 Tear Gas Is Banned in International Warfare––Why Are Police Using It On U.S. Civilians?


Under Article II Section 9 of the treaty, however, chemical agents used for “domestic riot control purposes” by law enforcement are not prohibited.

On June 2, President Trump threatened to deploy military troops against Americans in response to nationwide protests after the recent murder of George Floyd in Minneapolis. Trump’s suggestion to use military force against U.S. civilians shocked many—but in fact police already have been using a weapon banned in international warfare against protesters: tear gas.

Across the country, police officers have tear-gassed protesters in attempts to clear out crowds. While U.S. officials have a history of using tear gas as a “riot control agent” (defined by the Centers for Disease Control and Prevention (CDC) as “chemical compounds that temporarily make people unable to function by causing irritation to the eyes, mouth, throat, lungs and skin”), tear gas was banned in international warfare through the Chemical Weapons Convention in 1997.

The Convention is a treaty that 193 nation-states are party to through the Organisation for the Prohibition of Chemical Weapons (OPCW) headquartered in the Netherlands. The treaty’s purpose was to eliminate weapons of mass destruction in international warfare by prohibiting the production, stockpiling and use of chemical weapons, defined by the OPCW as a “chemical used to cause intentional death or harm through its toxic properties.” Tear gas irritates the respiratory system, skin and eyes, which can lead to loss of eyesight and breathing problems, classifying it as a chemical weapon if used to intentionally cause harm or death (such as when it was used during World War I).
Under Article II Section 9 of the treaty, however, chemical agents used for “domestic riot control purposes” by law enforcement are not prohibited. Because U.S. law enforcement claims to use tear gas as a method to clear crowds, rather than to cause “intentional death or harm,” it has been used widely by police officers across the country.

Aside from international regulations that limit tear gas use in warfare, the United States has no regulations on the use of tear gas domestically, nor does it require training for officers who do use it.

The CDC reports that “prolonged exposure [to tear gas], especially in an enclosed area, may lead to long-term effects such as eye problems including scarring, glaucoma and cataracts, and may possibly cause breathing problems such as asthma.” ProPublica also reports that the chemical may make people “more susceptible to contracting influenza, pneumonia and other illnesses.”


Despite these risks, on June 1 (Monday night) federal law enforcement officers tear-gassed peaceful protesters in front of a church in Washington, D.C., to make way for the president’s photo-op. The White House has since claimed that a “pepper irritant” was used rather than tear gas; yet the CDC still defines the irritant as a type of tear gas because of the physical damage it can cause. As we enter day 10 of protests against police violence, and despite first-amendment rights to peacefully gather, tear gas continues to be used on protesters. 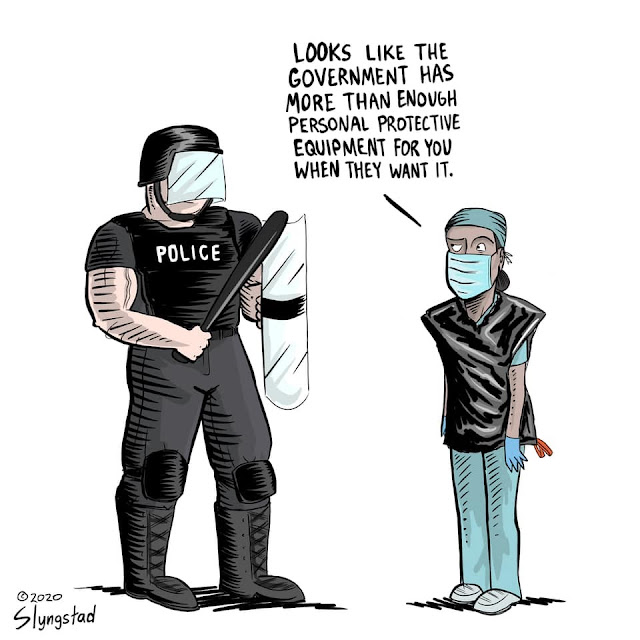