Not on the NEWS?

Every day since Trump was elected feels like 9-11, over and over again. This time it is daily. 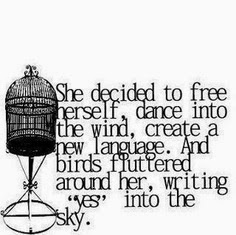 The news is yelling.
Watch me. Watch me.

What is the end game - Mass Hysteria? Panic? Depression? War?
Are we part of some experiment?

It's so easy to die but so fucking hard to be alive, right?

Americans are as guilty as the rest of the world, in that we feel so powerless to stop mad leaders.

But we are not powerless. We are divided... on purpose.

I had a dream I was outside on a hillside, and there were many cars with many people, people chatting, walking their dog, going to work.
But I see a wave of energy... something they didn't see.
It hits them.
Eventually it also hits them that something happened - it doesn't kill.
It transforms.

laura grace weldon said…
Yes, my friend, I see your dream and am heartened. I love that "wrong" and "right" are crossed out, that the curse lifts. Your dream offers SO MUCH HOPE.

It is an antidote to my own dream. When I was very small, too young to read, I suffered a recurrent nightmare. I rose up asleep and saw a portion of the world from above. From that vantage point I watched everyone rushing around in separate cars and separate lives, their houses distant from one another, and from above I saw it as a tragedy. I could see, from far above, their faces and their sorrows, ambitions, hollowness. On the worst nights I'd wake my father, crying "they think it's real" and he'd tuck me back into bed saying "It's just a dream."